Some recycling and Tasty endeavors

Off late, I have been trying to start recycling fabric from old clothing and linens, that I have been gathering from family and friends over time, to make some useful items. One of my first trial was trying to transform my dear friend's infant daughter's dress into a ruffled tote. I did not want to loose all the great features that the dress already had and at the same time, get a good shape for a tote. I think I did succeed in making something quite useful. In the process I also learnt quite a few things that I would like to do in a similar future project. Unfortunately, no pictures were taken during the process of transformation but I will be sure to take some during the next one. Here is the final outcome… 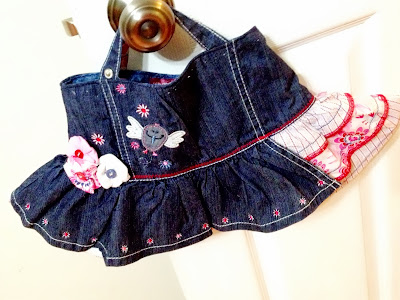 I think this turned out quite a cutie, but then again, I might be a bit biased ;) Nevertheless, this is going to be a present for my niece since it was her dress I used in the first place, and also, since this was one of my first project for recycling old clothing. I used a vintage sheet for the lining in this one and the shoulder straps from the original dress as cute little handles. More to come on similar projects.

While all the creative juices were flowing on the crafty side, I was craving for some Chipotle burrito/ bowls. This was one of the first places we ate in when we moved to US back in the day and since then, it has remained one of our favorites. However, we do not have a Chipotle nearby, now that we have moved. So I decided to take a stab at making my own version of the bowl/ burrito. It turned out awesome, so much so that, I ended up eating it two days in a row. Even my husband loved it. 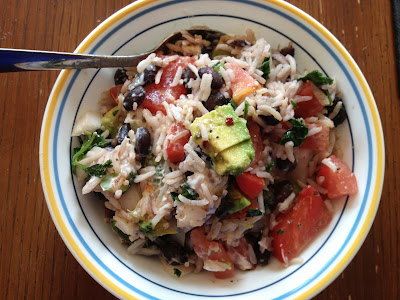 The bowl was more of assembling the flavors together rather than involving a whole lot of cooking. Here is what I did: