The following is my recipe for newborn baby hats. I used this for making a lot of them while I was expecting.


Here are some finished projects made by others.

All DesiLoop Self Published Patterns are now also available to purchase through Etsy.


Please visit DesiLoop on Etsy and add it to your favorites.
Posted by DesiLoop No comments:

It so happened that I made a hat for my son on November last year but it got lost the next month. 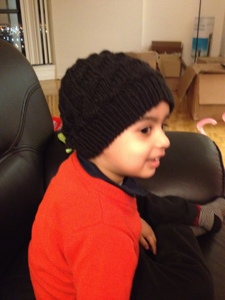 Earlier last year when we landed in Canada, we lost another two hats in the play park nearby. One was mine and one was my son's.

I already felt as if we don't have enough hats and now during winters it certainly was the case. I felt like Dh's hat wasn't fitting him well and son didn't have the right hats with all his outfits. So I decided to dive into my stash and see if I had yarn to make some.

I discovered today that I was not keeping track of how many I made. Looking back starting 2nd January this year, I have completed 8 hats in different sizes to fit all of us. Some basic and some fun...
The one below was the first one, worked top down featuring a car motif worked using a combination of intarsia and fair isle techniques. I call it Vroom Vroom Hat (ver 1) 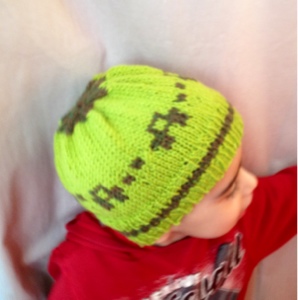 Next came this one... I wanted make my own version of the popular hats these days made of chevron stitch. This one is also worked from the top-down and fits perfectly on my son's little head. 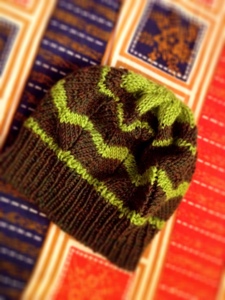 Next I decided son needs a straight hat... So I made another version of the first one. (Vroom Vroom Hat ver 2) but this one was made bottom-up. 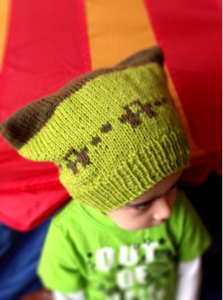 Now it was my turn. It's made using some leftover Cascade 220 from my stash and features a paper dolls motif. This is again made using a combination of fair isle and intarsia. Knit top-down. 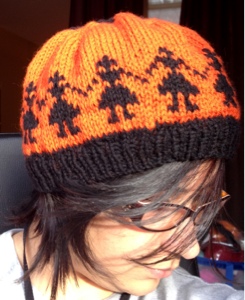 Then came another one for son with the same yarns. The same yarn as the hat above and uses jobless joins technique and knit top-down. 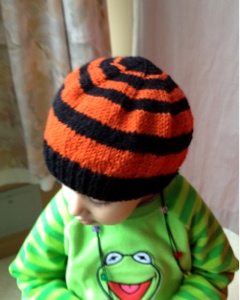 Then a black basic one for son using bulky yarn to keep his ears extra warm in the snow. I think its made of some Lionbrand super bulky wool. 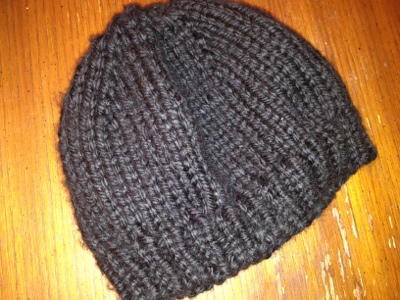 Next a beret for me with some stash yarn. Featuring a pom pom to use up every bit of the stash yarn and again knit top-down (Can you tell yet that I am a fan of top-down projects?) 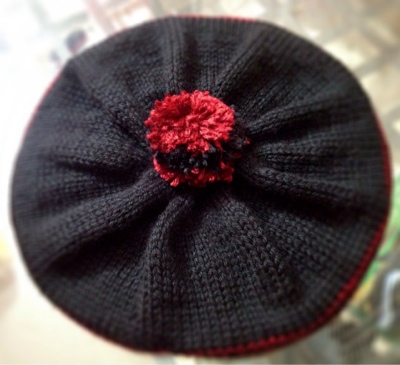 By this time I realized there was no proper hat for DH. So even though he told me not to make hats for him, I figured I'll still make one so he can wear it while he buys what he likes from a store. ( he is pretty lazy when it comes to shopping... Even for himself.) 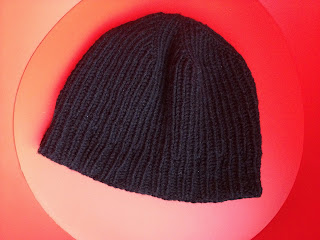 His first comment was don't you have a softer yarn... Well I was a bit irritated, but I know he prefers non-itchy yarn that I didn't have at hand. It is completely worked in ribbing from top to bottom and is completely reversible.


So, I thought of frogging the earlier double knit hat that he likes and make it longer so it can cover his ears. I chose crochet since it is much faster. This yarn is very soft and DH loves this hat as well. 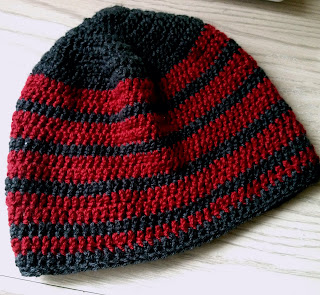 I will be writing up patterns for some of the above hats soon and making them available on my Ravelry store. Stay tuned for more updates.
Posted by DesiLoop 2 comments:

Third Project - Straight up triangular Base bag.
I used this tutorial for making this bag, although I completely changed the dimensions. I just wish I could find a two - way zipper near my house somewhere. 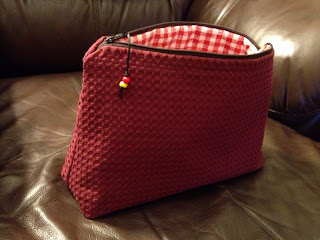 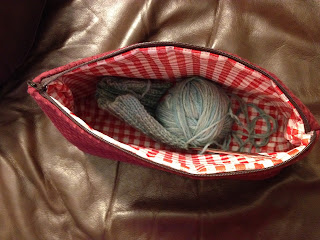 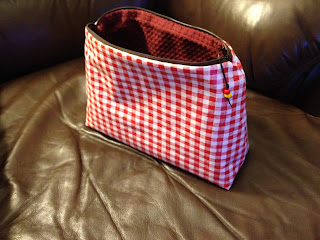