There are often days when I don't feel like cooking and when hunger strikes, its time for thrifty cooking. Here is one such thrifty preparation that I go to frequently.

Ingredients:
6 slices of bread (your choice). I used garlic bread in this instance
Half onion, cubed
Half bell pepper, cubed
Half tomoto, cubed
Grated cheese, 1 cup
The usual stuff that you put over pizza, I used oregano and chilli flakes 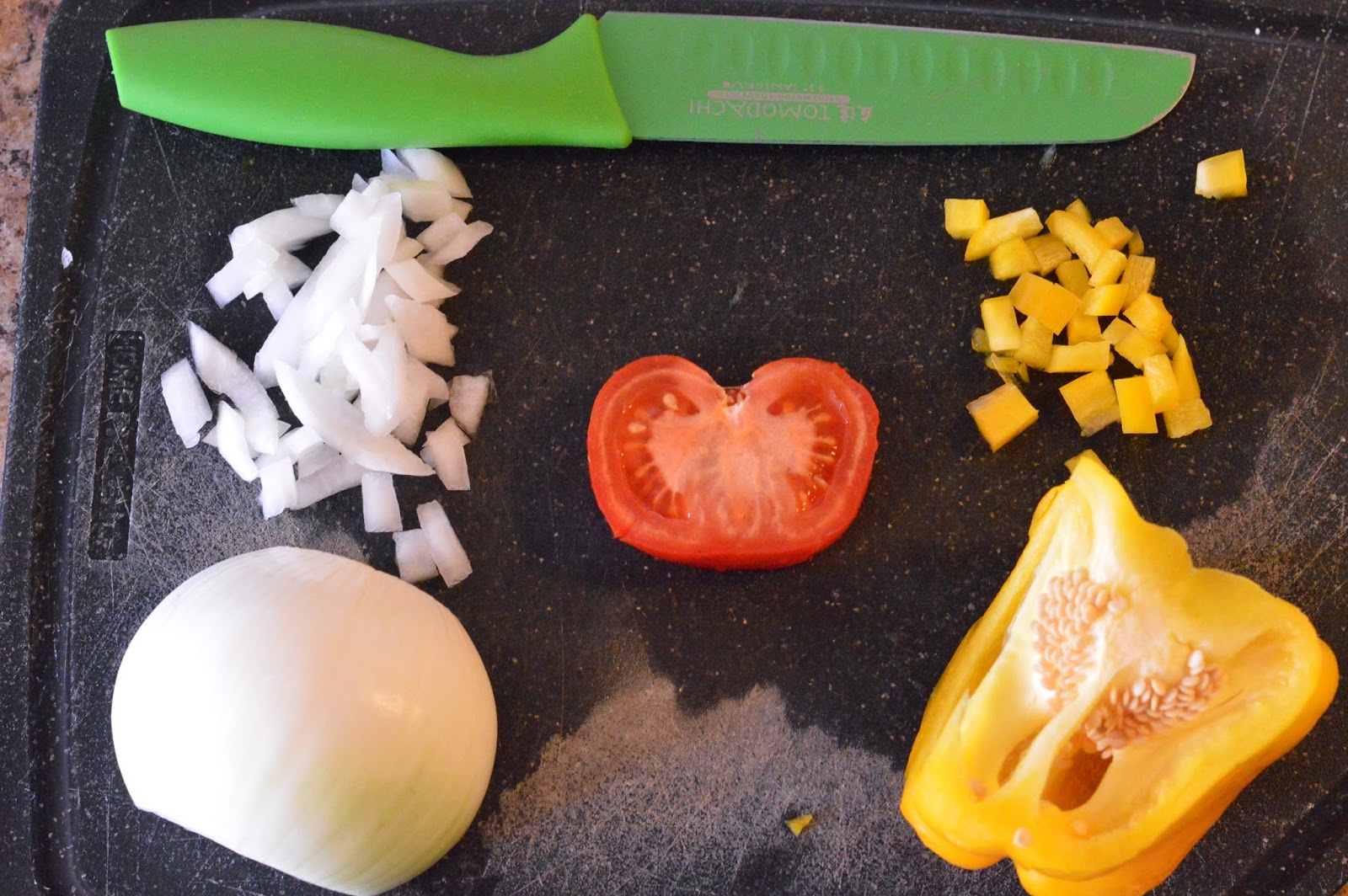 Preheat oven to 425 F
On a baking tray lay the slices of bread and layer your veggies one at a time, starting with onions, followed by bell pepper and ending with tomatoes 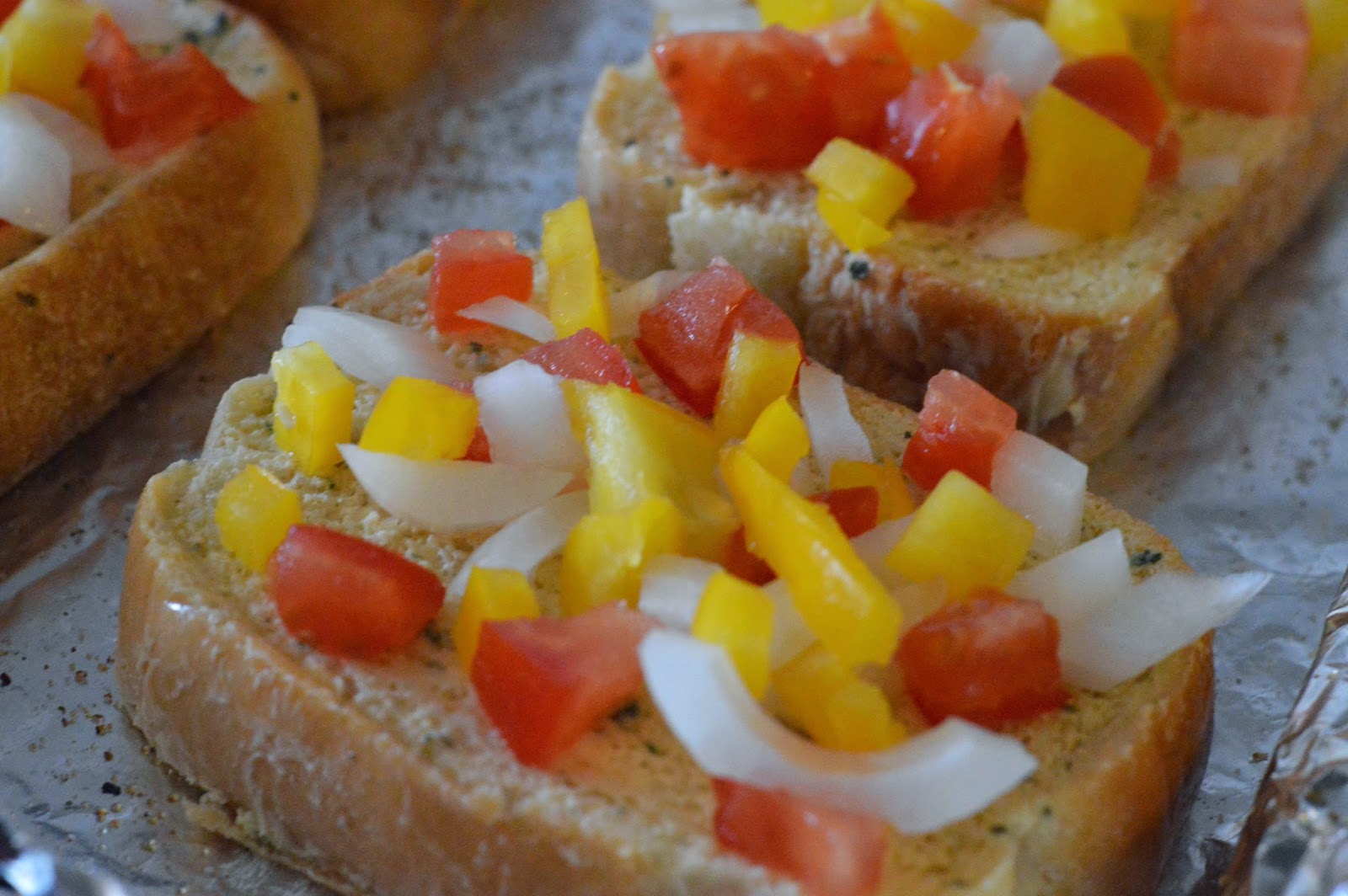 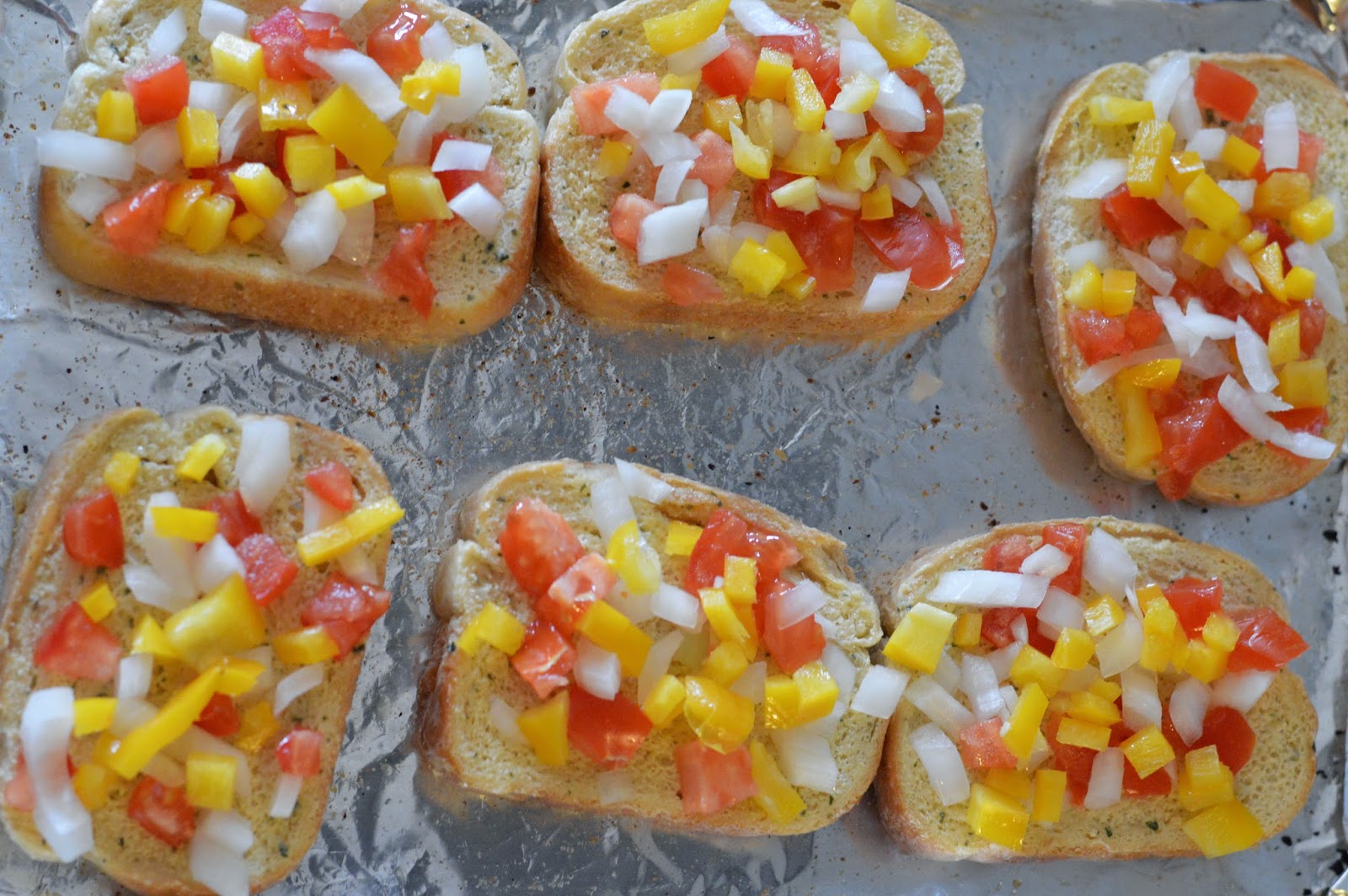 Next top with a handful of cheese. I used mozarella. 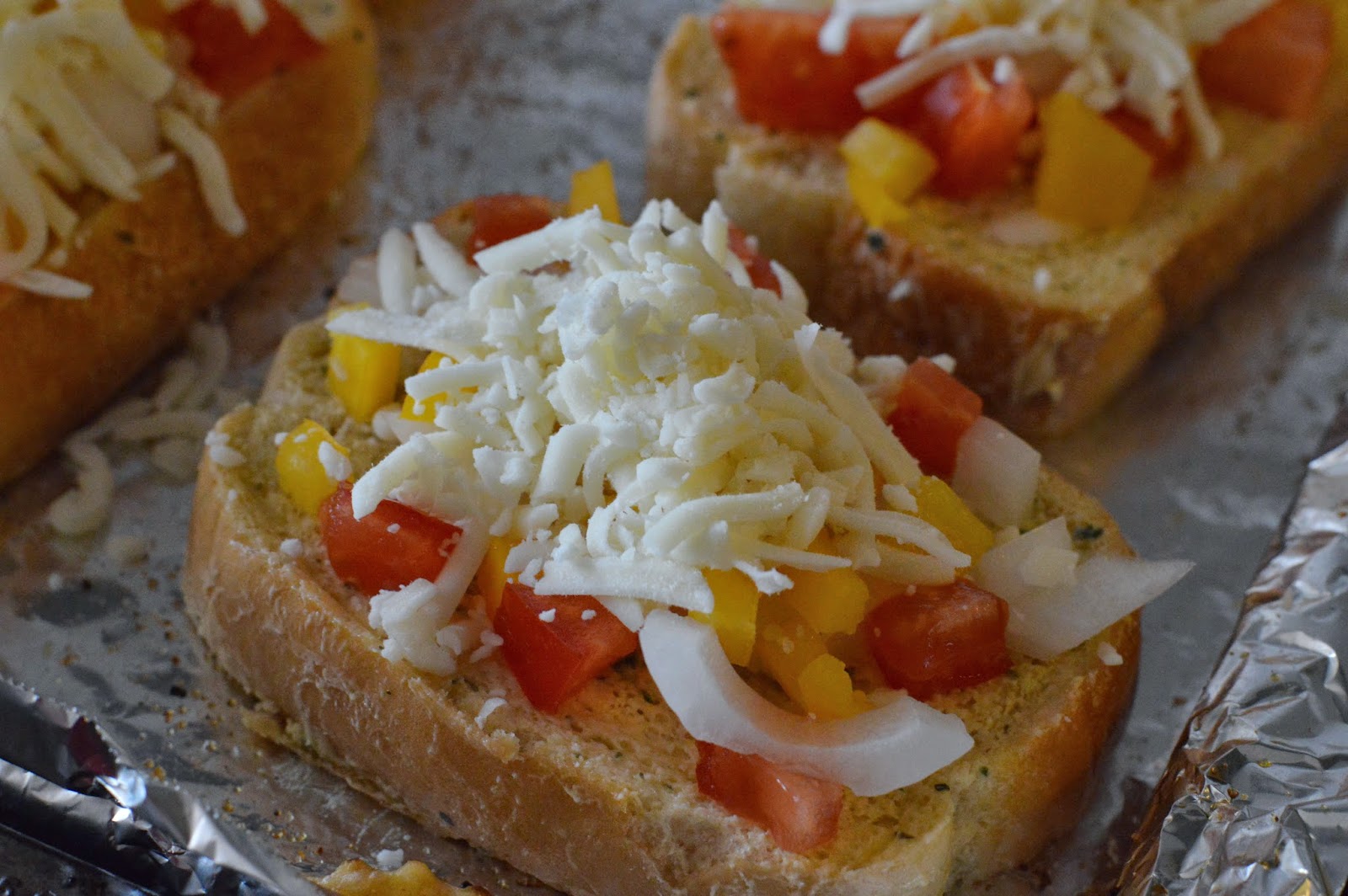 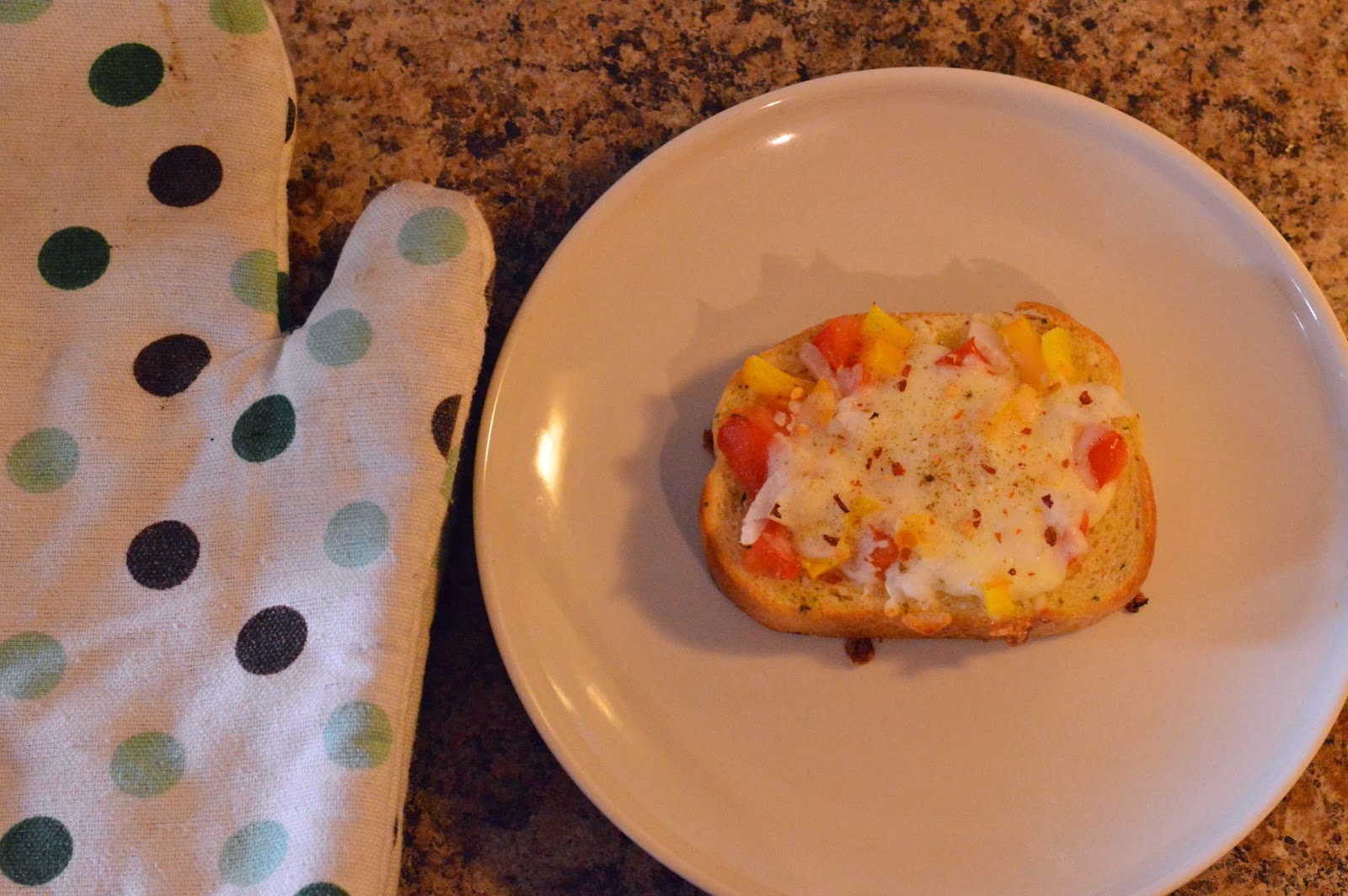 Sprinkle the chilli flakes and oregano and enjoy! 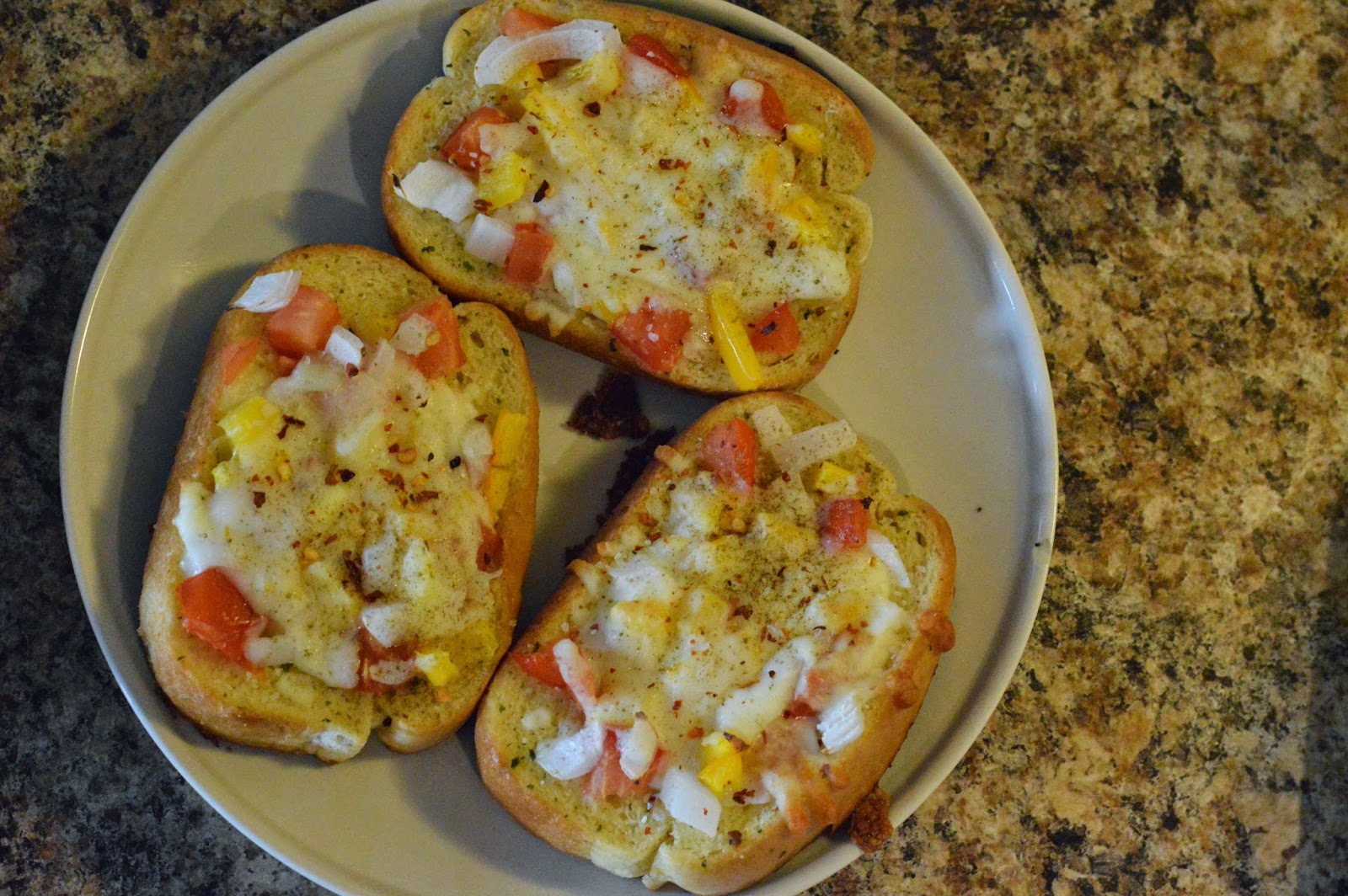